UCLA anthropology professor and senior author of the study, Jeffery Brantingham, explains that the study proves that analyst’s use of predictive policing “prevented twice as much crime,” as analysts working without. 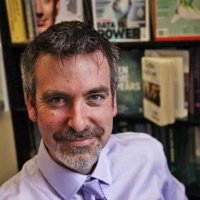 The paper, published by Journal of American Statistical Association, details the 21-month long experiment of the mathematical model, or algorithm, that was used to predict where crimes will occur in Los Angeles, CA, and Kent, UK.

The algorithm was developed with over a decade of police crime data, and 6 years worth of mathematical research.

In 2011, Brantingham and his colleagues began testing in Los Angeles Police Department’s Southwest division, and two of Kent’s districts. The crime types predicted for in Los Angeles were burglary, auto theft, and auto burglary, while Kent tested the aforementioned crimes in addition to violent crimes such as robbery or assault.

To test the efficacy of the algorithm, both crime analysts and the algorithm were tasked with predicting where a crime was likely to occur within a 12-hour window, and a 500 foot by 500 foot area. 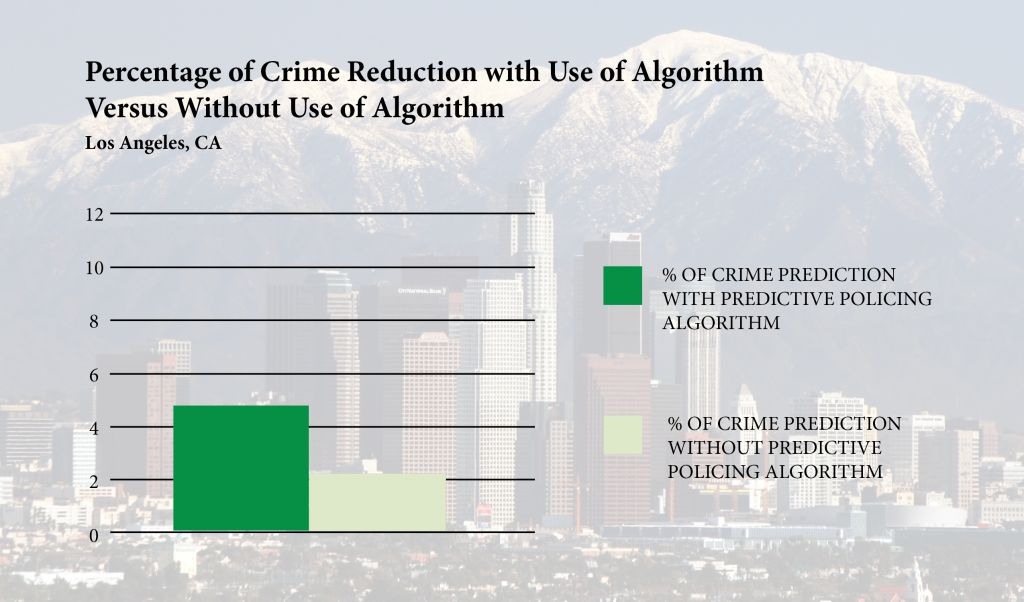 The next segment of the study focused on patrolling the prediction areas in 3 of Los Angeles Police Department’s divisions (Foothill, North Hollywood, and Southwest). The officers were to patrol 20 prediction boxes (500’x500’) that were assigned by either the crime analyst of the algorithm. Neither the command staff, nor the patrol officers knew which party supplied their prediction boxes. 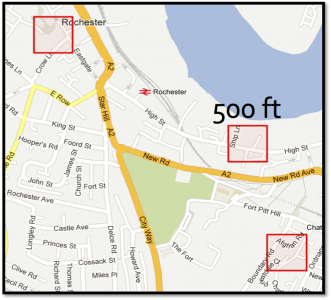 After 4 to 8 months, the study revealed that the areas assigned by the algorithm, and patrolled by the officers, had 4.3 fewer crimes than the police had expected (a reduction of 7.4%), while the analyst without the predictive model predicted 2 crimes a week.

The researchers calculated, using this predictive algorithm, that the LAPD would save $9 million dollars a year.

The results in crime reduction led to not only the adoption of the algorithm by both the LAPD and Kent Police, but the creation of PredPol, The Predictive Policing Company, which is available to police departments nationwide and abroad. PredPol is deployed in over 50 police departments including Atlanta, GA, and Modesto, CA, and continues to produce staggering crime reductions when combined with the knowledge of veteran officers and crime analysts.