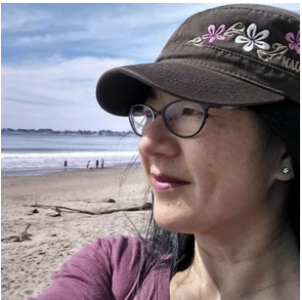 What is your role at PredPol?

I’m the newest member of the PredPol Customer Support team. My role is to be here for customers and make sure everyone’s questions and needs are taken care of. I work closely with the Software Development team to understand and prioritize customer requests, bug fixes, and feature enhancements.

Prior to PredPol, I worked as a client services manager, customer advocate, and online community manager for various technology companies, from startups to enterprise businesses including Sun Microsystems, HP, and Google.

Tell us about a typical day for you

I start my day by checking email and voicemail for any new or updated customer questions. Most of my day is spent answering questions, working with customers to fine tune data quality, assisting with new site deployments, and investigating issues. I meet with the Development team daily to review open issues and timelines. I also work with the Account Management team to discuss how customers are using PredPol, what’s working well, and how PredPol can be improved or expanded.

What’s the most exciting task/project/feature you’ve worked on?

I’m thrilled that I joined PredPol! We have a fantastic team of people who care deeply about public safety. We create solutions using technology and data in new ways to support the safety missions of our customers. I could not have asked for a better group of supportive and smart people to learn from.

As far as product features, I’m especially excited about our new Map Layers Tool, which is part of our Command Analytics platform. Map Layers allows you to overlay more data on the PredPol predictions map, such as historical prediction boxes or vehicle paths. This is useful for doing comparison research or tracking crime history and patrols.

The PredPol application appeals to me because it provides a service that I, and any average citizen, can understand. I get annoyed by frivolous “there’s an app for that” thinking. PredPol matters. PredPol supports the public good by analyzing and using crime data in a new way. It’s a tool that makes work easier for law enforcement professionals, which in turn supports the overall safety of our communities.

Something you don’t know about me…
Last year, a friend told me about a style of drawing called Zentangle. I tried it and was immediately hooked! To Zentangle, all you need is paper, a pencil, and a black pen. After a while, I wanted to add color so I started dabbling with watercolors. For most of my life, I believed “I can’t draw,” “I’m not creative,” and “I don’t like making art.” Myths busted!! I was shocked and happy to learn this about myself. You can see a little of my artwork here. 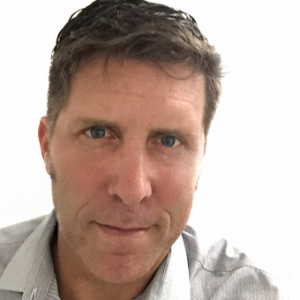 My primary role is Product Designer. My job is to create a user experience that allows the user to be efficient and productive. I also work with customers on a regular basis.

I split my time pretty evenly between designing and working with developers to implement workflow and visual designs.

Probably Crime search. It was originally part of the audit reports. We broke it out into a separate feature and added the ability to plot previous crimes on a map.

That it works. There are proven statistics from many departments where reduction in crime can be directly attributed to our software.

I was on Team USA in 2010 and 2011 and competed in the Triathlon World Championships in Budapest, Hungary. 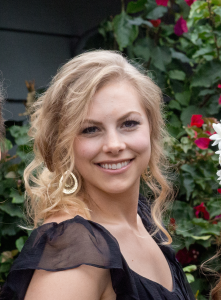 I am marketing manager here at PredPol, which means that I design all advertising and collateral, manage conferences, press, and media, and, of course, the weekly newsletter.

Being responsive to the needs of our team takes up the majority of my day. I typically set time aside to work on weekly tasks (like monitoring our social media) and time for individual projects like collateral design for upcoming conferences or meetings.

There are many different creative projects that I’ve been fortunate to work on. The most exciting for me would probably be responding to customer needs and engagement, like creating a well crafted conference collateral piece. Another favorite task I have is to read about and share partner agencies’ successes in keeping their communities safe

I love to know that we’re helping agencies by simplifying many tasks that ordinarily would take up much of their time that they could be spent out engaging with their communities and keeping them safe. Knowing that I can have a small hand in strengthening community.

I’ve lived many different places but most recently was living at the South Rim of The Grand Canyon where sometimes you would be late to work because there was an Elk on your doorstep. 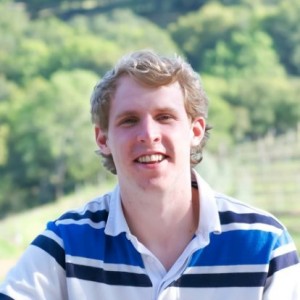 I’m a software engineer at PredPol and I’ve been working here for a little over two years. My role in the company is essentially a full stack web developer with a specialization in Ruby on Rails. I started off as an intern in the summer of 2013 and then worked part time through school until this year where I signed on as a full time web developer.

This varies from day to day, but I’d have to say the tasks that take the most time to complete are anything involving the generation/transformation of large data sets over long periods of time. For example, generating historical predictions or running various scripts on the crime data can sometimes take hours. This is only half the battle because often times I have to analyze the results. If they aren’t results I want, then I have to run the scripts again.

During the spring I worked with a few coworkers on making some major improvements to the application that were causing internal problems. This involved rewriting the main API for retrieving the prediction boxes from the database. The reason I found this exciting is because of how often this API is used. It’s used to display every set of boxes on the map and it’s used when we need to analyze a set of boxes for some other reason. It’s cool to know that something that I played a huge part in writing is being used every day.

I like how our product is trying to do something that’s never really been done before. In today’s world filled with software applications, it can be difficult to find something that has not already been done (and done well). With PredPol, I am working on a web site that is on the cutting edge of predictive analytics. I like how I have the chance to be a part of something big that also helps our society reduce crime.

What was it like working at PredPol as a student?

Great Question. During my first month I immediately found out that I would be learning a ton more practical knowledge on the job than at school. However, I’m sort of that person who has to put 100% into whatever I’m doing. So naturally I became incredibly busy trying to maintain my high GPA and deliver quality work at PredPol. I remember staying up extremely late sometimes to do homework and fix bugs on the website. In the end though it was all worth it.

It was also pretty strange thought that I was conversing and involved with some of the biggest police departments in the United States and I was only 20 years old. I dealt with so many “Minority Report” comparisons among my fellow friends and students that I pretty much had a response memorized explaining how different the movie is from the company.

When I meet new people nowadays, everyone sort of assumes that I’ve been coding and wearing glasses my entire life. However, this is not the case. I didn’t even know what programming was until I got to college. Before this, I played 2 varsity sports in high school and was much more interested in hiking and camping than I am now. I was a 21+ foot long jumper in track which won me a few tournaments in high school. Once I found web development, I became addicted and now it is my passion.